TUF under fire/ New siege on RE 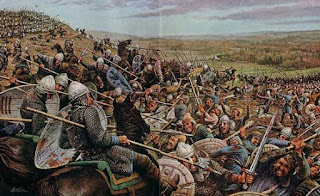 A recent SIN siege on Persona Non Grata by siege came to an end at 00:12 on the 6th July when OleBlacklord razed 'publi city'. The Illyriad Times reported that the siege began on the 5th at 2:00.
When asked about the siege, Jejune had the following to say: 'we met only moderate resistance from TUF -- just one substantial stal hit. The rest were elites or poorly-matched troop types (one attack was with T2 spears, for example). For us, this was a relatively small, standard siege model. We'll look to put together more substantial ops in the weeks ahead as we ramp up.'. The 'substantial stal hit' came from Mexican Dwarf.

TUF has fought back against RE recently with a siege on Knight of Ancient's city of  'Vgrumkik' by kaven at 11:31 today. The siege is on a plains square, however due to the remote location if the siege, it is likely that no forces will arrive in time to break it.

Posted by Illyriad Telegraph at 12:13